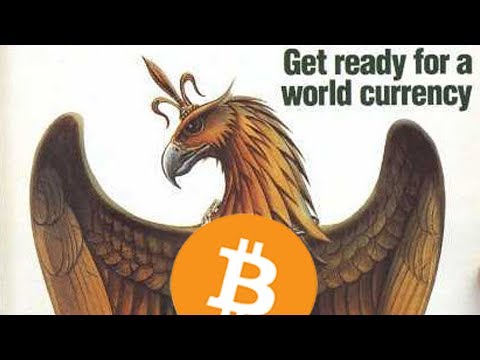 So this is me trying to discuss bip101 without saying bip101, Bitcoin XT, or /r/btc on the /r/Bitcoin mine-field.

Slush and 5 more BIP101 mining pools are now online. Submit your BIP101 pool to be added to the list! Our sheer number of pools will thwart any DDoS attacks. /r/Bitcoin

So this is me trying to discuss bip101 without saying bip101, Bitcoin XT, or /r/btc on the /r/Bitcoin mine-field.

Bitstamp will switch to BIP 101 this December.

Fellow Miners,
Some of you receive emails and phone calls from developers. I am not big enough to get that treatment. So I am sorry if I am not an expert in the arguments against BIP 101. My reasons to favor BIP 101 are GROWTH, FEES, LIGHTNING NETWORK, NO FEAR, and NO MORE FIGHTING.
GROWTH I expected bitcoin to grow a lot faster than the growth in BIP 101 anyway.
FEES Higher fees/kb do not make up for restricted block size! When there is no room for a tx, another tx would have to pay double. That will not happen. It is better to have room to mine the extra tx.
LIGHTNING NETWORK Lightning Network sends fees to non-miners. But I am happy to handle the business. Lightning Network does not actually require the bitcoin blockchain! It can easily switch to using another coin and one that does not use SHA256. Nobody uses Lightning Network. Lightning Network does not exist.
NO FEAR I will not make a block that is too big for you to process (it would be bad for me). I am not afraid that you will attack me by making blocks that are too big for me to process. When have bitcoin miners ever attacked each other like this? It would be very pessimistic for me to think that you will attack me tomorrow when you have never done it before, and the attack would hurt you anyway.
NO MORE FIGHTING BIP 101 is the only BIP that tries to end block size fights for 20 years. Maybe it will not succeed in that. But it is the only BIP that tries.

BIP 101 has activated on the testnet. Need your help to test large blocks.

We have activated BIP 101 on the testnet. The hashpower there after activation is now less than the non-BIP 101 hashpower. This makes for an interesting test. If you would like to help gather data, please run the BIP 101 client of your choice with -testnet and keep the debug.log file to share for data analysis later. The more nodes the better! Transaction spam is welcome and encouraged :)

For those of you worried about a schism and losing talented devs, or those that want bigger blocks but not the nuclear option, Core Dev Jeff Garzik's BIP 100 is the solution.

BIP 100: http://gtf.org/garzik/bitcoin/BIP100-blocksizechangeproposal.pdf
I've been involved in Bitcoin since 2011 as both a significant early investor and now founder of a well-known Bitcoin company. Because of the politics and emotion behind this debate, unfortunately I must hide behind anonymity to protect my business and relationships, but the behavior I've witnessed over the past several months (and last 24hrs) has compelled me to speak out. Over the last several weeks, I have witnessed a level of vitriol and personal attacks that has surpassed anything I have seen before in our community and I am deeply concerned. I keep getting this sinking feeling that this is not what I signed up for, and after speaking to several core devs know this debate has taken a dramatic toll on their personal and intellectual health- several developers I've talked with feel depressed, unappreciated, and uncertain if the personal costs are worth continuing with the Bitcoin experiment. Non-technical Bitcoin users feel ignored, unimportant, powerless, and the blatant personal bias in which this forum has been moderated over the past few days is despicable/misguided and has now incited them to anger. We've taken an emotional topic, and escalated it like an adolescent child. Regardless of which way this debate is settled, this outcome is objectively BAD and we are reaching a point where there is no going back.
Generally speaking I have remained neutral in this debate, because I know all the (very talented) coredevs and believe each side passionately believes they have Bitcoin's best interest at heart. I can respect that. Even if you lean in one direction or the other, we ALL must understand that each side has valid points and concerns. Part of the challenge is there are a lot of unknowns, and a wide variety of elements/variables in any solutions, so while different groups may agree on specific aspects they disagree on others and somehow get pushed into these polarized camps (i.e. I want bigger blocks but don't want a contentious hard-fork, or I think bitcoin as a settlement network is the only sustainable future but we need more time to develop off-chain solutions... etc). If we're going to come to consensus we need to simplify the debate by finding what we can agree on, and starting there. The contentious elements of this debate can then be resolved in isolation without forcing the largely agnostic middle ground into the extremes.
This is where Jeff Garzik's BIP 100 comes in. http://gtf.org/garzik/bitcoin/BIP100-blocksizechangeproposal.pdf It is a conservative but temporary solution that helps us clarify elements of the debate and involve all stakeholders as we move towards a permanent resolution. It is simple to implement and does not require us to build out infrastructure that isn't already deployed. It will tell us how the network will react to even minor changes to the blocksize, and it will buy us more time to build off-chain solutions if it becomes clear blocksize increases doom us to centralization. Most importantly, is keeps our community together and demonstrates that we can work together even when we adamantly disagree.
I don't want to fork Bitcoin to XT and lose the development team that's gotten us where we are today. I don't want a system where a majority, lead by charismatic and talented leaders, can force contentious changes on the minority. I don't want a Bitcoin where a minority can completely ignore the concerns of the majority and hold their future hostage. I want a Bitcoin that works for everyday users. I want a Bitcoin that can demonstrate change and evolution without disenfranchising its most ardent users and supporters. Most importantly I want the Bitcoin that brought all of us here in the first place.
For the sake of Bitcoin, reason, and compassion, we all need to come together and find what we can agree on.
TL;DR Please support BIP100 and keep Bitcoin and this community the same place we've come to know and love. This community is big enough for all of us. http://gtf.org/garzik/bitcoin/BIP100-blocksizechangeproposal.pdf

Gavin hinting at something to come: "Be a little patient... there is stuff happening I've promised not to talk about yet. You aren't the only one unhappy about the priorities of the Bitcoin Core project"

This thread is open for discussion on block size and hard forks.
New submissions regarding block size and hard forks are not permitted at this time, so unless you have very substantial news to share, post your questions and comments here. Please read the following guidelines before proceeding:
There's been a lot of great discussion so far. Let's avoid falling back into voting cliques. They harm the discussion and will have no impact on the outcome of this debate.

Amanda from The Daily Decrypt here. I'm looking to do a video special on what's going on with BIP 101, BitcoinXT/Bitcoin Unlimited, and potential hard forks. Answers to my questions here would help tremendously. Thanks for your time.

1 - Does Bitcoin Unlimited support BIP 101 natively, or can it be made to do so?
2 - If a Bitcoin Unlimited node sets their max accepted block size to 8MB or above, does that mean they are automatically "supporting" BIP 101?
3 - It looks like XT+BU nodes currently make up almost 13% of the network. Does anything like a fork happen at a certain threshold? If so, what is that percentage?
4 - What does a fork look like, in short?
5 - The block size has been just one contentious issue in Bitcoin. There are certainly more to come. Do you foresee that competing reference clients will be how problems are again solved in the future, a.k.a. vote by node?
6 - Which mining pools have made the switch to either XT or BU already?
7 - What decides what the "main chain" is in Bitcoin -- "hashing power" or node majority? Please explain.
Thanks so much!
-Amanda @TheDailyDecrypt

Why a single exchange can trigger adoption of BIP101

The frontpage of r/btc that I just loaded used 1.04mb of bandwidth.

No wonder the Chinese miners have been so quiet in this debate. Their bandwidth restrictions must barely allow them to download a single page of reddit once every 10 minutes.
Also, it would seem that if Luke Jr spent less time here he would have enough bandwidth for his full node.

Reading r/bitcoin almost makes me sick to my stomach

A couple months ago there was debate there, and it was clearly obvious that the majority of people wanted something that could easily scale. Almost everyone realized how insanely small moving to 8MB would be for most modern networks.
You read there now and it's just a bunch of small block circle jerking, and people in my opinion destroying the future of bitcoin.
Like the title says, I almost feel physically sick to my stomach reading it. I had so much faith that bitcoin was going to be something special, and I probably spent too much time reading and watching videos on the subject. Every pay check I was buying more bitcoin, because I had faith that when the time came they would raise the limits especially when our computers and networks are at least an order of magnitude better than needed right now.
When I read the most popular places for people to discuss Bitcoin issues now, it's nothing but people trying to block progress.
I used to put most of my fairly substantial investments in crypto-currency into Bitcoin, but for the last month I've been so unsure about the direction of Bitcoin that I can no longer do it.
I'm already looking at what's going to replace Bitcoin, and putting most of my money there. I'll continue to hold my Bitcoins because it still has by far the largest market share and network effect, but I've lost faith in the people that are making decisions for Bitcoin right now.
I really wish Gavin didn't give up his position.

Charlie Lee: "We are both against BIP101, as we feel like it's way too aggressive and dangerous." - That is BTCC, F2Pool and Bitfury that will never implement BIP101. ~50% of the hashrate

It has taken me a long time, but I finally committed ALL of my resources to BIP 101 - bitcoin xt

I run two full nodes and a small miner. I switched on full node to xt when all of this started, but now I'm fed up. I switched my miner back to slush's pool today and I updated my other node to bitcoinxt. Sometimes it just feels refreshing to do the right thing.


Slush is re-enabling BIPB101: https://bitcoinmagazine.com/articles/slush-pool-to-re-enable-bip-bitcoin-mining-1448902761
If you want to set up bitcoixt, it's pretty easy to just remove bitcoind and run the binary linked here: https://bitcoinxt.software/
You can find more information about bitcoinxt blocks here: http://xtnodes.com/

How is the mood during Scaling Bitcoin?

Is there a consensus or wait and see?

How Much Money I Made Mining Bitcoin SO FAR!!!!!!! - YouTube